7. To Ourselves and Our Posterity – Preamble Flag Series Art Print 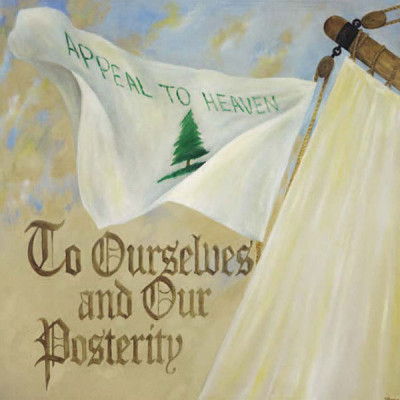 The "Appeal To Heaven" flag and it's variations were flown before and during the American Revolution. The flag's origins began when a group called The Son's Of Liberty would rally under a large pine tree in Boston known as the "Liberty Tree". The phrase "Appeal to Heaven" comes from John Locke's Two Treatises of Government. The phrase connotes that after all other alternatives of seeking justice have been exhausted, only an "appeal to heaven" remains. This flag was flown on George Washington's private ship "Hannah" on September 2nd 1775.

This 18" x 18" archival quality Giclee print is signed and ready to frame.
Click on the image for a larger view.