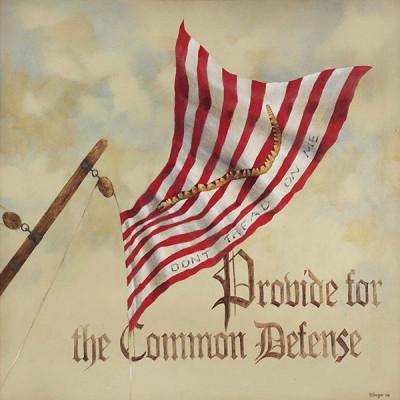 First Navy Jack flag. The navy jack design used by the southern states during the American civil war is sometimes referred to as the "C.S.A. Jack" , or "the stars and bars" flag or simply the Confederate States flag. The first Navy Jack is shown as having alternating red and white stripes with an uncoiled rattlesnake and the "Don't Tread On Me" motto. First used as a signal to engage the enemy.

This 18" x 18" archival quality Giclee print is signed and ready to frame.
Click on the image for a larger view.